A link between gum disease and Alzheimers has been detected, according to the British Journal "New Scientist", published originally in the February 2, 2019 edition, backed up by a further article in August 2019.

If proven, this will add another BIG reason to take your daily brushing and flossing seriously. This is BIG NEWS in the dental and medical worlds, and you should sit up at take notice. This is very important! 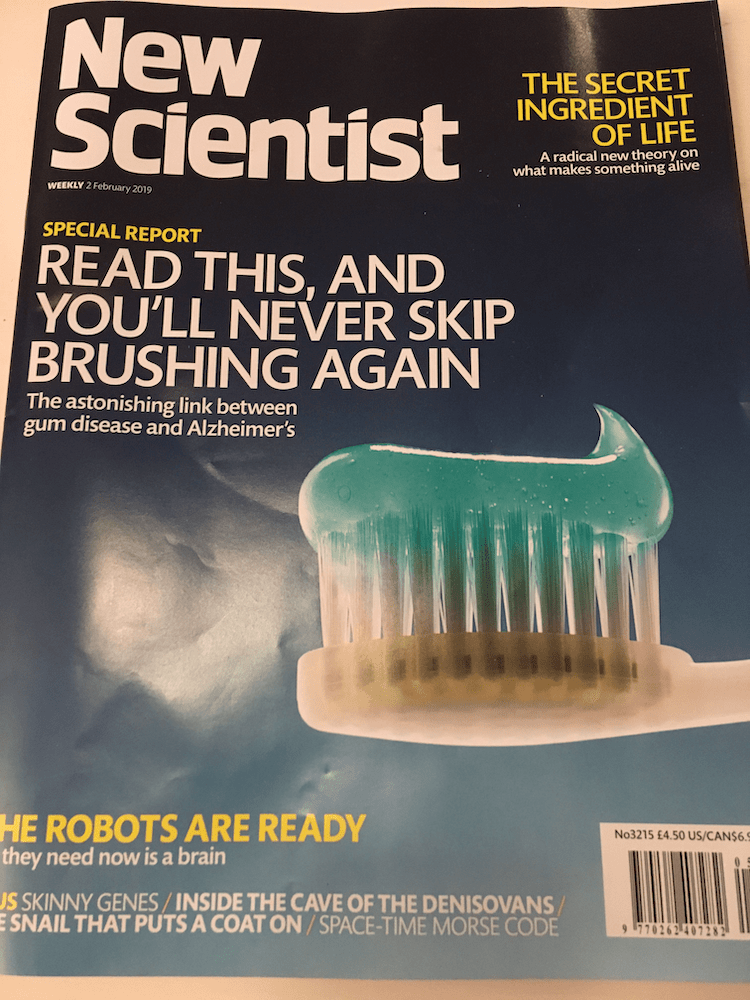 Alzheimer's disease is responsible for 70% of all cases of dementia; but we didn't know what caused it -  until now.

Dementia is now the 5th biggest cause of death worldwide - a big reason to take this breakthrough seriously...

Alzheimer's disease results in progressive memory loss, usually over 10 years or so, and is catastrophic for both the person who has it as well as their family and loved ones.

The condition appears to involve the accumulation of protein plaques in the brain, and it had been supposed that the build-up of these protein plaques was responsible for causing memory loss.

Vast sums of money have gone into researching how to tackle this amyloid plaque build-up, developing drugs that break it down. Unfortunately, this line of treatment has not worked.

In 2016, researchers discovered that the sticky amyloid protein plaques in the brains of Alzheimer's patients is actually part of the body's defense against bacteria. At that time, it was still believed that the plaques were the cause of the problem.

So it came as a big shock to discover that the protein plaques in the brain were actually the RESULT of the bacteria in the brain, instead of being the CAUSE of Alzheimer's.

Several research teams since then have concentrated on detecting the bacteria involved in gum disease within the brain of Alzheimer's patients. They have found that the bacterium p. gingivalis invades and inflames the brain regions affected by Alzheimer's.

Researchers from several institutes in different countries have reported finding 2 toxic enzymes that p. gingivalis uses to feed on human tissue in 96 per cent of human Alzheimer's brain samples.

These protein-degrading enzymes are called "gingipains". The evidence is that the bacteria p. gingivalis invades the brain, and it's not there because Alzheimer's already exists; it's there because it's the CAUSE of Alzheimers.

Let me say that again -

When research teams gave the gum disease bacteria to mice, it resulted in brain infection, protein plaque build-up, and brain damage in areas of the brain normally affected by Alzheimer's.

We don't know HOW the bacteria get into the brain, but there are several possible routes. Your mouth normally hosts a diverse and stable bacterial colony, but when dental plaque builds up under the gum edge, it can form pockets where p. gingivalis can thrive.

It might also be possible for the bacteria to get into the cranial nerves near the mouth, and migrate down to nerve sheath towards the brain over several years.

Once in the brain, the bacteria may cause damage either by triggering the release of amyloid proteins, or by attacking the brain tissue directly.

A special report by Debora Mackenzie in the August 14 2019 edition of New Scientist goes even further, citing scientific studies that show links between the gum bacteria p. gingivalis and ALL the following conditions;

Some scientists involved in Alzheimer's research warn that alternative evidence points to genetics as being the main factor. That means that your genes may decide whether you are susceptible to the bacteria invading your brain, or not.

The good news in the gum disease and Alzheimers connection is that effective treatments may be possible soon.

The first line of defense is obviously preventing gum disease in the first place, by correct brushing as well as careful flossing. Read more about this HERE.

In addition, drug firm Cortexyme is hoping to stop or even reverse Alzheimer's using molecules that it has developed to block gingipains. (The enzymes that dissolve brain tissue).

In 2018 the company reported that it's best molecules had passed safety testing in humans, and had been shown to enter the brain. It also improved symptoms in people with Alzheimer's disease.

We don't know yet if bacterial infection of the brain by gum-disease causing bacteria is the sole cause of Alzheimer's disease in genetically susceptible people, or if there may be other factors involved. But most researchers agree that this is a very important development in the battle against Alzheimer's. 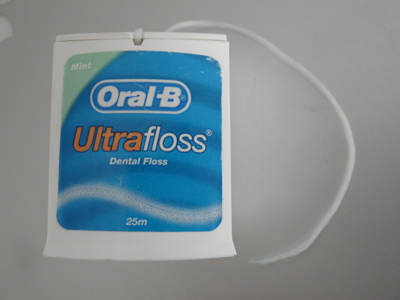 The gum disease and Alzheimers connection may prove to be more complicated, but the discovery that gum disease bacteria are involved in Alzheimer's disease is a huge and important step.